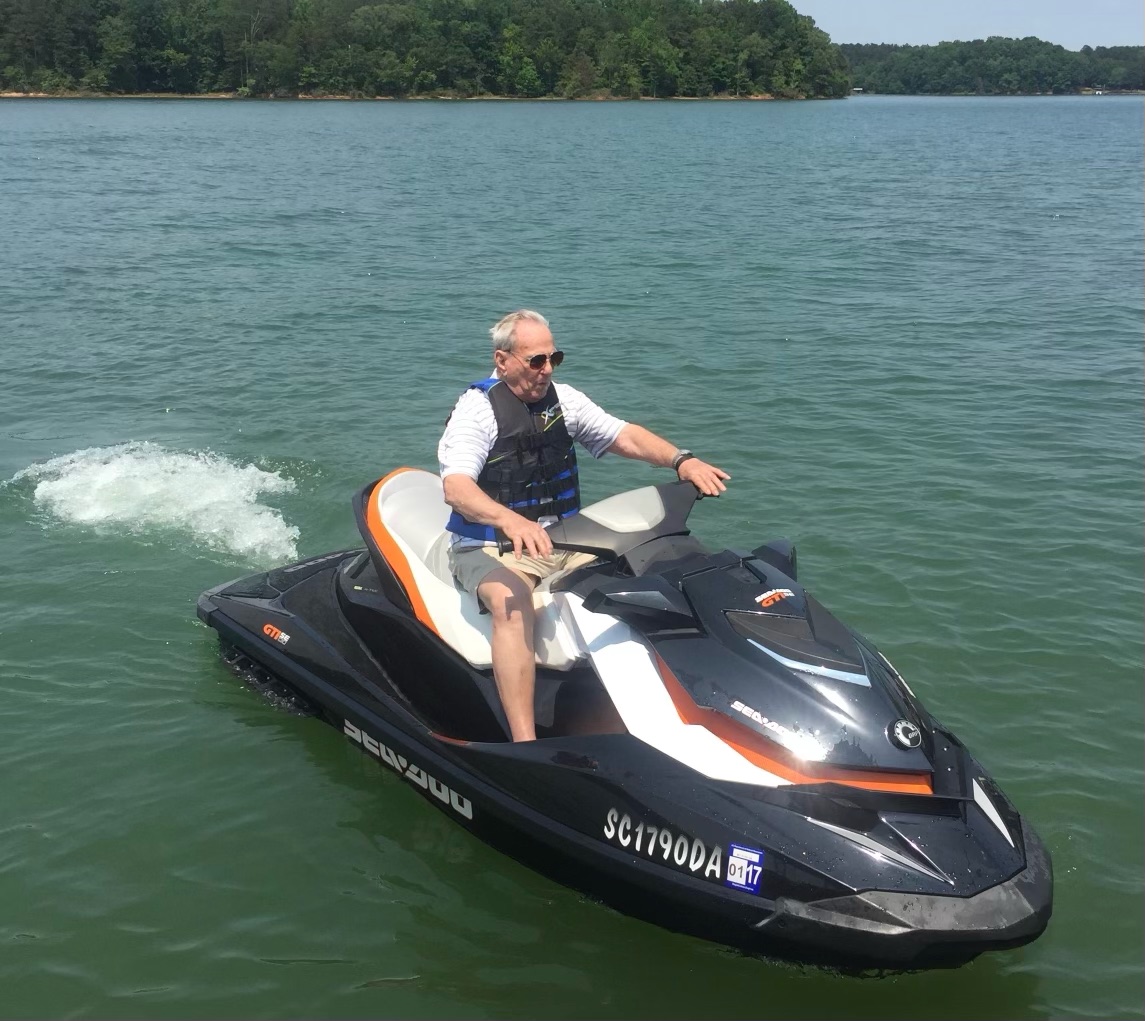 Russell Shrum, 91, of Townville SC, passed peacefully and went to be with the Lord on Wednesday, August 24, 2022.

Born June 2, 1931 on a farm in Mecklenburg County, NC, he was the son of the late Gus and Choyce Shrum and the husband to the late Ruth Shrum.

Russell was the seventh of nine children and graduated from Sharon High School in Charlotte.  He enjoyed sports, especially baseball, and played throughout his teens. He met his wife Ruth through his sister.  They married in 1955 and settled in Charlotte where their children were born.

In 1965, the family moved to Raleigh where Russell worked as a salesman for Homelite, taking care of their dealers throughout eastern North Carolina.  He was good with directions and could get anywhere in the state. Later he was owner and operator of Capital City Equipment Company, where he sold and repaired small engine landscaping equipment.

Russell enjoyed working outside in the yard and helping his children with DIY building projects.  He loved spending time on or near the water and was a frequent visitor to Myrtle Beach in his teens and twenties and an avid water skier.  In 2020, he moved to Lake Hartwell in SC, where he enjoyed boat rides on the lake, including one just before he passed.

A graveside service will be held on Thursday, September 1, 2022, at Brier Creek Memorial Gardens in Raleigh NC at 1pm. The family will receive visitors immediately following the service at the Hampton Inn Brier Creek.

The Sosebee Mortuary and Crematory South Chapel of Anderson, SC is assisting the family with arrangements.

A graveside service will be held on Thursday, September 1, 2022, at Brier Creek Memorial Gardens in Raleigh NC at 1pm.